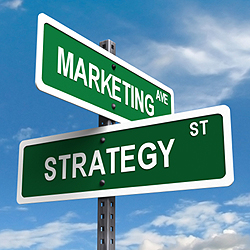 As if the financial services industry hasn’t been beat up enough over the past few years, it’s also gotten something of a bad rap for its lackluster content marketing.

Let’s face it, while investment banks, asset managers, and other financial service providers are ahead of the curve in some ways, when it comes to content marketing, that’s rarely the case. Not only is the industry dealing with such heady topics as derivatives clearing and credit default swaps, it’s also hemmed in by an overwhelming array of complex and continuously evolving regulations.

As a result of these and other factors, financial service providers often fail to build and execute dynamic content marketing programs. Instead, they frequently rely on tried-and-true, but far less creative, tactics. Cue the deluge of exceedingly dry white papers and webinars, and the direct mail magazines that often just wind up in the trash.

To be clear, the problem isn’t a lack of effort, and it’s certainly not a lack of high-quality content. Instead, it’s the way the industry seemingly operates under the misconception that its heavy regulatory burdens both preclude and exempt it from taking a creative approach to content. Remember, those regulations are predominantly focused on what’s being said, not the style and delivery of the message.

Another problem is a palpable anxiety about the unknown that clearly stifles innovation and discourages a clear point of view. This is, in large part, why so much financial content rides the fence, and why so many companies are only just beginning to dip their toes into social media, a realm fraught with uncertainties: What if no one responds to our tweets? Or worse, what if they do?

Fortunately, some companies are forging ahead and beginning to take a more innovative approach to content.

Take Credit Suisse, for example. The bank’s digital magazine, The Financialist, offers insights into breaking news, as well as in-depth reporting on the issues, trends, and ideas it sees driving the markets and the economy. The site provides a combination of original feature stories, informative visuals, and carefully curated third-party content. It works because it’s a legitimate financial news site rather than a bank’s thinly veiled attempt to make its website look like one.

Sun Life Financial’s Brighter Life serves as a place to share ideas about money, health, and family. Its financial content includes a variety of timely articles and videos with tips and tools for personal finance and retirement planning, among other topics. Sun Life has created a true community that’s targeted at families and, by wisely integrating a variety of other topics that families care about, makes the site a destination for a much broader audience. 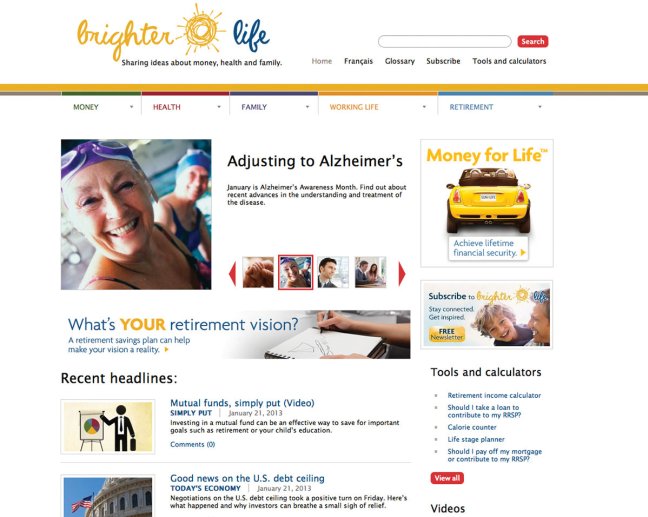 Bob Reynold’s blog, The Retirement Savings Challenge, is impressive because he is unafraid to tackle an array of complex issues. The CEO of Putnam Investments doesn’t simply articulate the challenges facing a graying population of baby boomers, he actually takes on retirement policy as it comes down from Capitol Hill. Unlike so many of his contemporaries, Reynolds offers up a definitive, and at times controversial, point of view. 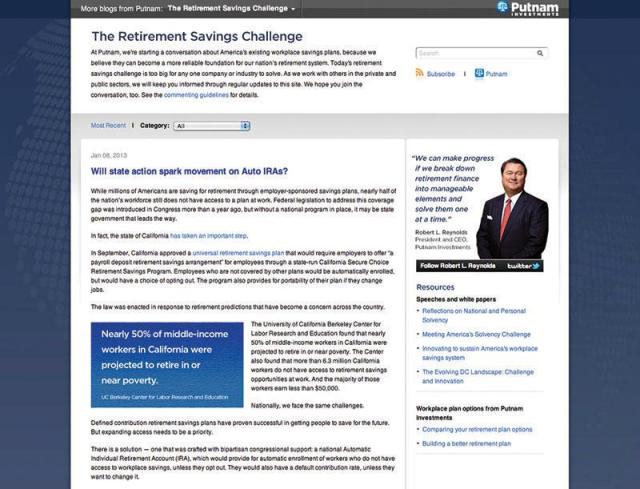 So the answer is yes, the financial services industry can and eventually will measure up in content marketing if it thinks outside of the regulatory box and reinvents the ways it delivers its messages to resonate in the 21st century. Bring on the infographics and viral videos, the social media campaigns and blogs. It may just be a matter of taking a few risks, which in an industry as skittish and scrutinized as financial services, is no small feat. 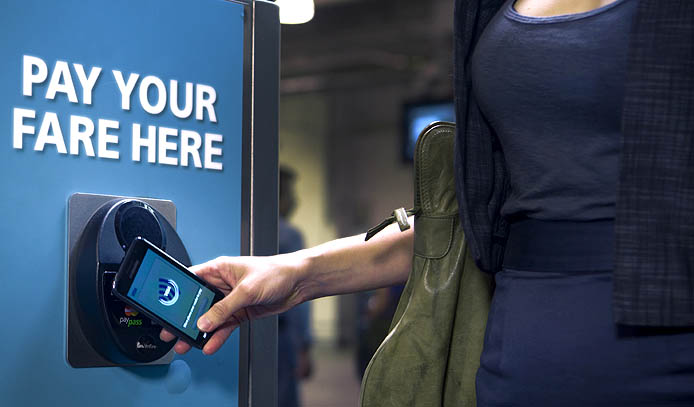 1.  Customer Engagement is not a passing fad. Customer engagement occurs every day on an offline basis in the branch banking environment.  The challenge for those branch-based institutions currently is replicating that level of engagement in the online world.  This will remain a key issue in 2013, especially as engagement must be thought of not only in terms of your engaging with your customers, but also with how your customers engage with each other about you.  For institutions without an extensive branch network, the challenge is to establish and then maintain an engaging relationship with and by your audience.

2.  Data Integration becomes mission critical. Financial institutions have always been faced with this challenge and were early adopters of MCIF (Marketing Customer Information File), CIF (Customer Information File), and other capabilities to bring data about their customers together.  However, the explosion of web analytics, social media and other digital channels has created new sources of data with different integration challenges, adding complexity to linking and managing both the online and offline content.  Bringing together this new, rich, unstructured content (and sorting it from the chaff) will be more crucial than ever before to get closer to understanding your customer.

3.  Marketing Analytics is red hot.This data fuels the growth in the importance of marketing analytics. But the new social conversations are generating a different data stream of unformatted data.  The number of people skilled in analyzing this data are difficult to find, and — in general — aren’t clamoring to breach the walls of the local financial institution.  Most institutions will need to rely on external partners for these insights, and will compete with most other companies for these resources. As Robert Wollan of Accenture says in the current issue of CRM Magazine, “Turning data into actionable insights is increasingly essential – and increasingly difficult.”

5.  Technology vendors are blurring the distinction between products and services. ASPs, Software as a service, “To the Cloud.”  Expect more technological confusion, not less, in 2013.

6.  Segmentation becomes schizophrenic.Cohorts, personas, or clusters — whatever segmentation methodologies you are currently using (you are, aren’t you?) should be reviewed in 2013 to ensure propecia that you’re capturing and leveraging the new data that is now available to you.  A recent study by eDigitalResearch and IMRG shows that 65% of people are happy to make bill payments online.  Can you identify these groups in your database and do you incorporate them in your customer and prospect segmentation?

7.  “Touchpoint Attribution” emerges as the new buzzword for 2013. The challenge of allocating sales to a particular communications channel is somewhat easier in the financial services space, because financial institutions simply don’t do as much multi-channel marketing as non-financial marketers do.  As multichannel communications usage grows in FIs, this will take on more importance, but as for 2013, we can’t help but ask “Are we there yet?”

8.  Mobile marketing explodes. Not so much mobile marketing, but we expect that mobile banking will gain a much stronger foothold in 2013.  The recent growth in capable smart phones and other platforms (iPhone, Android phones, iPad, etc.) will make banking-on-the-go a reality for more customers in 2013. The ability to download an app to a mobile platform rather than relying solely on the Web lends at least an illusion of additional security that will aid adoption of this capability.

9.  Privacy wars heat up. For financial institutions, it won’t so much be “heating up” as it will continue at a full boil.   “Do not track” legislation that is being considered will add complexity and slow the adoption of full social media efforts by banks and other institutions in 2013, with some sitting it out until the legislative picture clears.

10.  “Right Touching” makes sense. Due to security and privacy concerns, multichannel marketing capabilities have been slower to grow in most financial service firms. Phishing scams have made many distrustful of an email from their bank and, outside of the “online only” banks and other FIs has complicated the rollout of full multichannel capabilities by those institutions entrusted with our financial security. But financial institutions also have a head start in this regard — existing networks of ATMs and online banking help to self-identify users, so the right message can be presented when that channel of choice is used.

We’ll be keeping an eye on these trends for financial services marketing as 2013 rolls forward, and we’ll compare notes to see how our projections pan out as the year progresses. What do you think 2013 will bring?

This post is an excellent article on trends to watch in the future for financial services marketing.  It originally appeared at http://goo.gl/jnPFYD and was posted by Martha Bush on March 27, 2013.